The Best Co-working Places in Chicago

Chicago is one of the most well-known cities not just in America, but in the world. Famous for its bustling urban style, sports teams, and its cold weather, Chicago attracts many tourists and workers from every corner of America and the globe. Chicago is also now becoming a city of emerging businesses! These are just some of the reasons why more and more co-working places are now popping up in the Windy City.

People who are looking to do something productive and work while in Chicago  should look into these co-working places. A co-working place, or a co-working space, is where individuals can work independently or collaborate with others in a shared space.

Usually, you can find services and features that are useful to work environments in these co-working places. Some of these include fast internet connections, private rooms, cafes, meeting rooms, and more! It’s no wonder more and more people prefer to work in these coworking spaces. According to the Harvard Business Review, people who go to co-working places say that they usually become more productive and thrive in co-working places. 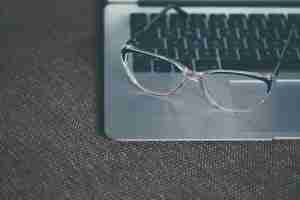 Where the Best Co-Working Places are in Chicago

If you aren’t new to co-working, then you already probably know We Work. We Work is one of the most famous and established brands in the co-working scene. With more than 70 branches in more than 30  cities worldwide, many individuals and groups have come to trust We Work’s service.

We Work offers private desks, dedicated desks, hot desks, and more! With more than 40,000 members and 8,000 companies trusting We Work’s services, you really couldn’t go wrong with it!

If you want a co-working place that is relatively new and hip, then you might want to try out MakeOffices. Opened in 2013, MakeOffices boasts of a large working space of 45,000 sq. ft. It has almost all you need for a coworking space: 145 private offices, more than a hundred private desks, and 11 conference rooms. MakeOffices also has call rooms and some community spaces for people to collaborate with each other or just relax in.

MakeOffices has lower price points compared to other coworking spaces, but they still offer great, quality services. You can schedule a visit with them, and you might even get a discount!

If you’ve been in Chicago for quite some time, then you probably already know 1871. Named after the year of the Great Chicago Fire, 1871 is one of the most famous destinations for the city’s tech startups and businesses.

Aside from being a coworking space, 1871 promotes itself as a digital and tech startup incubator. It hosts more than 400 startups in Chicago, and is known to almost all digital entrepreneurs in the city. If you’re into technology and want an industrial-looking coworking space, you should definitely check out 1871!

Get Work Done in Chicago with the Best Co-working Places

Chicago is not just for those who are looking for a change in weather or scenery. You can be really productive while in this urban center with their fair share of great co-working places! Check out the spaces that we listed down, and be productive and get work done in Chicago!

Our services are ideal for businesses that require an affordable solution for missed calls. When you choose First Answering Service handles all your calls, you can eliminate the endless ringing, busy signals, and impersonal automated messages that tend to drive potential clients away.